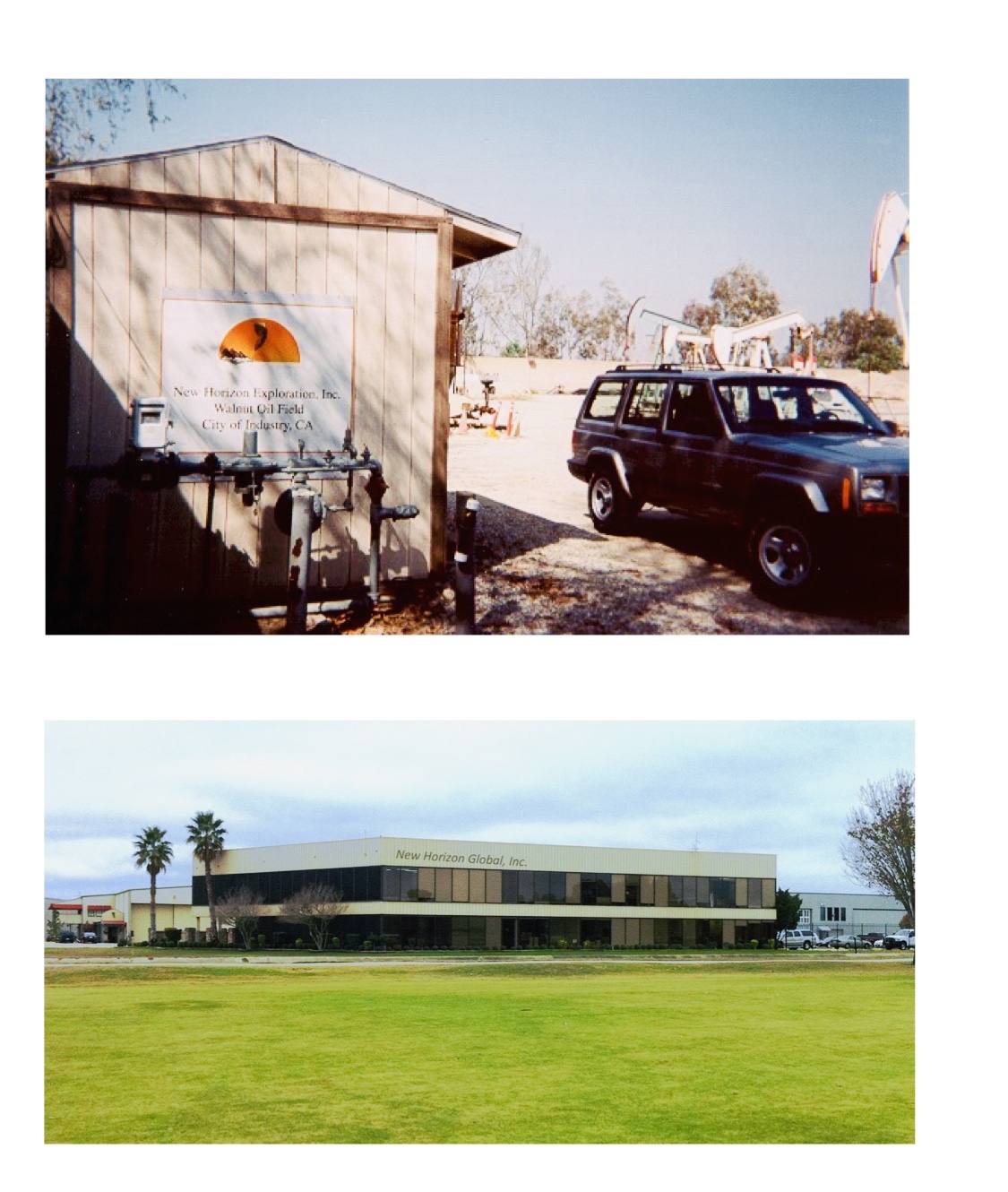 New Horizon's mission is to be a growth-oriented enterprise and a leader in the development of production automation that reduces HSE risk and delivers added value to mineral interest owners through production optimization and reducing LOEs. The efficiency and scope of our operations such as in the case of creating Trinidad’s first digital oil field shall gain the respect and thereby trust of other NOCs and Giants in the Industry Smart Pumper 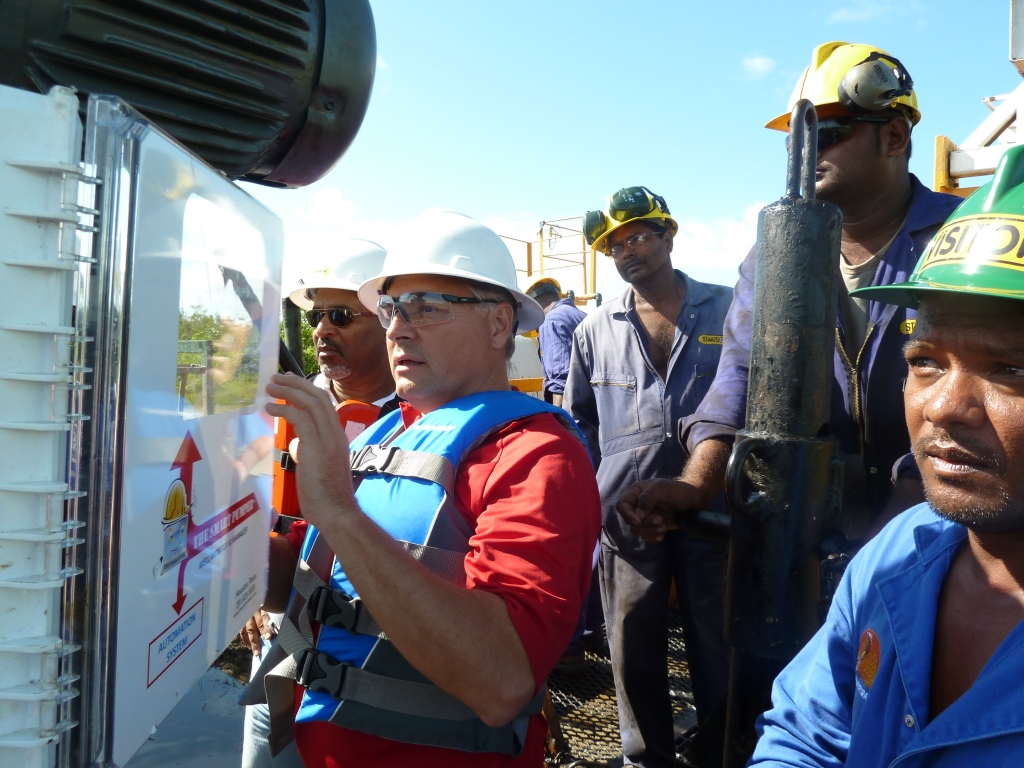 A Letter From The President 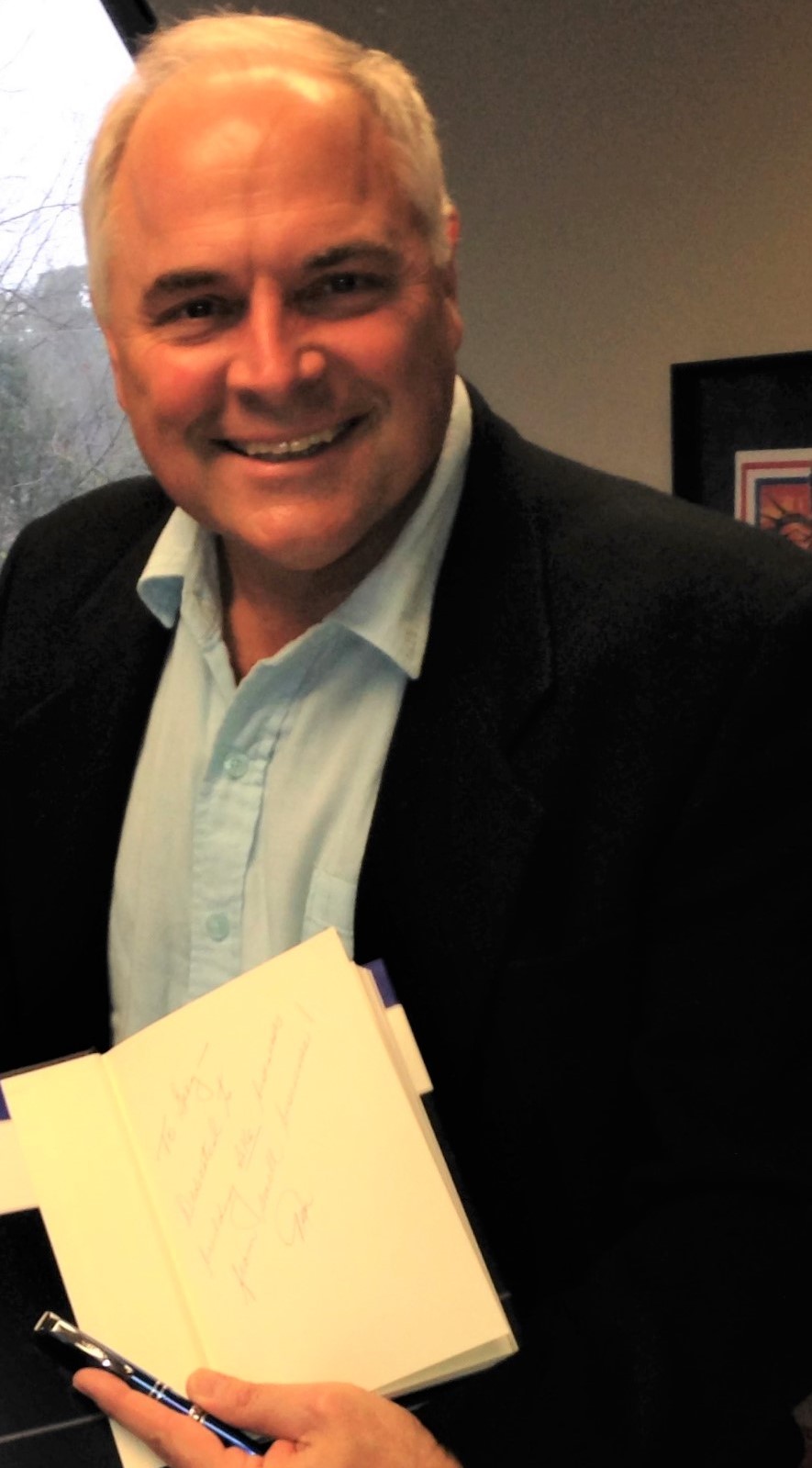 Welcome to the New Horizon Global, Inc. website, where you will find information about our organization. We wish to inform you in general about what we do, where we operate, our mission, core values and some of the company achievements. You might also read about New Horizon's other international operations and our commitment to both the environment and the communities in which we operate through previous media reporting. New Horizon is an international exploration enterprise. Our focus over the years has evolved (like most) with technology development a primary driver to where we applied most of our time to add value to our core assets. Today, we have certain patented pump technology that now serves as our differentiator where pumping wells and managing legacy fields is concerned. We can boast, (proudly and humbly) that we can produce a pumping well better than any production engineering team in the world that doesn’t use our patented Smart Pumping technology even if they use some form of automation provided by even the best in the Industry. Going forward, our growth strategy targets developing conventional plays mainly in the USA and involves the acquisition of legacy fields worldwide where opportunity exists. We have discovered, by deploying our Smart Pumper TM technology in legacy fields, we can realize production increases that range between 18-54% and at the same time, reduce LOE’s by similar amounts through the patented precision pump control it provides. New Horizon Global shall also continue to serve as the USA conduit for New Exploration Trinidad and Tobago Ultd. which manages a 20 year-long Joint Venture with Trinidad’s National Oil Company (Heritage) and Operates both the Parrylands and Guapo Blocks. With and through all our activities, we strive to provide a stimulating work environment which leads to team building, inventiveness, and a determination to never give up until a solution to achieve a goal is discovered. A few years ago, we stopped chasing greener pastures and committed ourselves to working it until it works. Our organizational structure is lean and efficient, empowering decision-making throughout all levels of our company. Believing in the power of our people remains a vital element to our company's continued success and longevity. I encourage you to reach out to me to learn more about the things we are doing; you may find opportunity with us.


Gregory A Boyles is the Managing Director and CEO of New Horizon Global, Inc. Greg is a successful oil and gas exploration and production executive with a track record of being on the leading edge of new technology and plays. Greg began his career in 1980 as a drilling and completion field engineer in Central Texas. In 1985, Greg founded New Horizon Exploration, Inc. He was an early adopter of horizontal drilling practices and drilled some of the first horizontal wells in the Delaware Basin, Fort Worth Basin, Denver-Julesburg Basin Niobrara formation and Williston Basin Bakken formation. In 1999 Greg setup a Joint Venture with the National Oil Company of Trinidad and Tobago (Petrotrin) to manage and complete a shallow oil project. In this endeavor, the company drilled one hundred vertical wells and ten horizontal wells to develop a field with 80 million barrels in place. Greg has several patents to his name, primarily in the area of production optimization with AI to reduce health safety and environmental risk while optimizing production.


Chan Ramsubhag is the company's Chief Financial Officer. A graduate of UWI with an accounting degree. Chan has been with the company since 2004 and is a key officer and director of the company. Through his supervision, corporate finance as well as annual company audit(s) are completed on time. He also oversees the company's global activities and evaluates related financing and a cquisition targets. He has Joint Lease Operations for Working Interest Accounts set-up on Wolfe-Pack oil and gas software to provide detailed reporting to interest holders. Chan is highly respected by those within his community, church and within our organization.


Durjordan Ramroop is the VP of Health Safety and Environmental (HSE). A graduate of Cipriani College of Labor in Occupational Health and Safety. As the company’s HSE officer, Durjordan overseas among other things, field site supervision, conducting HSSE audit training, toolbox talks, accident and incident investigations, equipment and power tool procedures, JSAs and development of risk assessments. Durjordan not only talks the talk but puts on a pair of gloves and works side by side with the men in the field.


A graduate of Texas A & M University in College Station, Texas in 1964. After serving as a1st Lieutenant in the U.S. Air Force as a fighter pilot, Jerome was an onshore and offshore exploration geologist for Continental during the first decade of his career discovering multiple fields. Recent studies with Greg include regional tectonics of Texas in relation to localized fracture patterns of faults associated with historically produced shallow oil accumulations. This work has led to the identification of areas where commercial shallow oil production can be developed today. Jerome is not only an originator of oil and gas prospects; he evaluates reserves for banks, provides consultation in acquisition of natural gas storage areas, invents and holds multiple patents involving medical procedures, shot-shell seismic technology, and methods applicable to the drilling industry.


Mr. Weir has 37 years of experience as a geoscientist in the oil industry working many basins in the USA and South America.  He began his career in 1977 with Exxon in South Texas working onshore Gulf Coast development and trend exploration and then moved to south American to develop prospects in Trinidad and Colombia. After retiring from BP (Amoco) in 2003, Gary worked on projects in the US Onshore, Colombia, Trinidad and other areas in Latin America.   Gary uses IHS Kingdom Suite software for technical work.   As a partner, Mr. Weir recently helped build a company in Colombia (Kappa Energy Holdings KEH - 2003 to 2008), where he served as a Chief Technical Officer (CTO) and helped KEH acquire 9 Blocks in 5 basins before it was sold to Pacific Rubiales in 2008 for $100+MM.  Production at the point of sale was >4,000 bopd and 4.5 mmcfg/d.


Bob has been Greg’s friend since 1977. An investor with Greg in many endeavors over the years, Bob is the main brain behind the development of the Smart Pumper technology over the past ten years with Greg. A graduate of Southern Cal. and a man with many degrees including 98.6 at 80. Grounded by years of software and hardware development experience with the likes of Rockwell, Spectradyne, Inc., Xerox, Recognition Equipment, Johnson Yokogawa, our Military, and others he is a key advisor and special project partner with a runway he can leave the ground with.


Throughout his career, Jim has been at the forefront of innovative technical development and applications; from the early days of horizontal drilling with “Nortrak” double-tilt mud motor (mid 1980’s) to the latest Rotary Steerable Systems and complex drainage architectures used to drill horizontal wells through their completions. Some key early technologies include: Nortrak DTU Steerable Motor, Early Development of MWD, Early LWD systems, Horizontal drilling in the Austin Chalk Rotary Steerable Systems – North Sea, Multilateral Systems and Complex Drainage  Experience Profile: From the challenging deep-water projects such as Troll and Heidrun of the North Sea to tropical onshore locations in Trinidad and the USA, Jim has been involved in projects of quite varied scope and complexities. Size and Cap-Ex ranged from drilling and completing $350k shallow gas wells in the Rockies to $100MM projects such as the super deep-water Jack and St. Malo in the Gulf of Mexico. Key projects: Early Deepwater Development in Green Canyon with Placid, Mars and Joliet – Gulf of Mexico, Troll oil-leg development – North Sea, Hamacha Heavy Oil Development – Venezuela, Soldado Heavy Oil Multilaterals – Trinidad, Trinity-Inniss field rejuvenation – Trinidad, recent onshore development in Western Colorado and North Dakota. Jim has served as a Subject Matter Expert covering “Directional Drilling” for Chevron. Jim and Greg began working together in 2007 in Trinidad.


Jim holds a Bachelor Degree in Electrical Engineering from the University of Waterloo, Canada and has over 38 years of upstream experience from open hole and cased hole logging, to MWD, and ERD engineering and project supervision. Jim is currently highly active in the “Exploration Behind Casing” space, using new logging technology to identify bypassed pay. Jim spent most of his career with Schlumberger, from Field Engineer through to Country Manager, before becoming a consultant for new technology-based startup companies including Shell Technology Ventures, OYO Geospace and Roke Technologies. Jim has several patents awarded in the field of real time telemetry while drilling.


Chris holds a BSc Degree in Physics and Geology from the University of St Andrews. He has over 35 years of industry experience, primarily in well design, risk management and upstream operations optimization. During his career, Chris has worked for Schlumberger, Shell Technology Ventures and BP. Chris is currently active in the development and use of AI based systems to extract actionable answers from complex data sets, is involved with a non-profit, www.asymmetricoperations.org and is focused on optimizing decision making in very high stress environments.


Eugene holds a BSc Degree in Geology and Geophysics from Durham University. He has over 35 years of industry experience, primarily in wellbore placement, field development optimization and technology sourcing. Eugene spent 15 years with Schlumberger, from Field Engineer to Regional General Manager. He then spent 20 years with Shell with 10 years as President of Shell Technology Ventures. Eugene has several patents awarded. He is currently active in the development of AI based systems to automate wellbore placement. 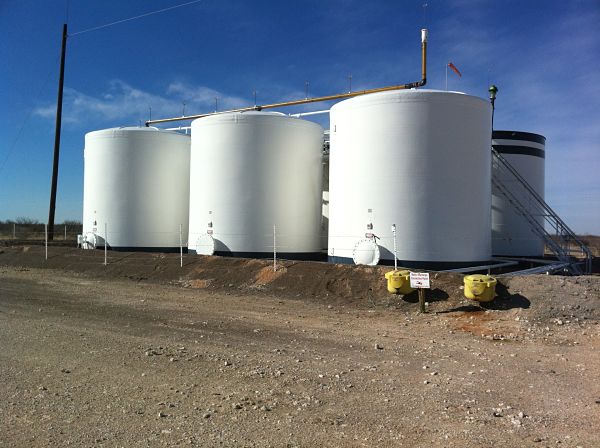 New Horizon’s development team works together to identify acquisition, joint venture and/or partnership opportunities that can maximize the value of the company’s existing core assets and identify new growth areas where its technical, financial and operational strengths can play a vital and meaningful role in new growth areas.

New Horizon is well-positioned to grow through organic exploration and development projects where it has development long term relationships.

New Horizon is interested in reviewing acquisition and partnership opportunities; to begin the discussion, please feel free to contact us.

Areas of interest include: Both Producing and Exploration Properties in North America. International opportunities where significant upside exists.